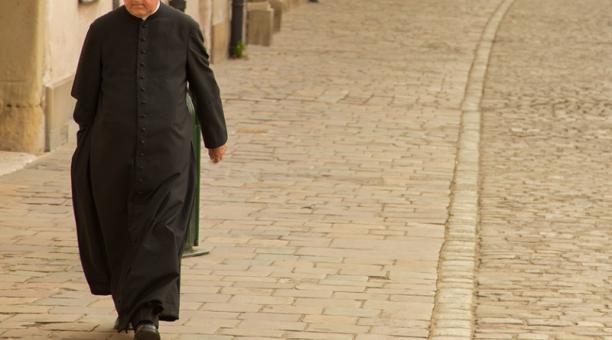 Luis Fernando I., a priest investigated for allegations of torture and sexual abuse against at least ten youths, was expelled from the Catholic Church. The Archdiocese of Guayaquil reported on Monday July 23, 2018 that this was the resolution taken by the Court of the Congregation for the Doctrine of the Faith.

The denunciations against the pastor of a congregation in the north of Guayaquil were made public last May. At least ten young people reported that they were victims of the ‘dynamics of sin’ when they were teenagers.

Their testimonies coincided: they were tied, stripped, beaten, some even electrocuted by the cleric. The objective, as I would have told you, was to teach them to overcome the world and their sins.

In 2013 the Office of the Prosecutor received the first complaints against the priest, but they prescribed. In this year the cases were reopened. Tomorrow one of the young people was summoned to give his version in Quito.

The Church, for its part, undertook a canonical judgment. The process also began in 2013. The decree of expulsion from the clerical state and dispensation from priestly obligations arrived in Guayaquil on July 12. It was issued at the beginning of June, after rejecting the second appeal of Luis Fernando I.

“It is demarcated from all activity; consequently, he cannot exercise any ecclesiastical office, celebrate sacraments neither in public nor in private, nor can he impart theological teaching in the institutes of the Catholic Church,” the Archdiocese statement said, stressing that “the decision is unappealable “.

Monsignor Luis Gerardo Cabrera met with part of the victims to notify them of the resolution. According to the statement, the Church will maintain a psychological and spiritual accompaniment.

In this year, two other cases of sexual violence shook the Catholic Church. At the beginning of May, Pedro Vicente García was sentenced to 20 years in prison for the crime of rape against a minor of 10 years of age. The case occurred in Guayaquil, in a downtown parish. While in Cuenca, César C. is accused of sexual abuse and rape of children from schools he ran more than 50 years ago. The Vatican and the Azuay Prosecutor’s Office investigate the complaints against him. (I)

Sornoza, the cabinetmaker who leads the “Tri” of Special Olympics