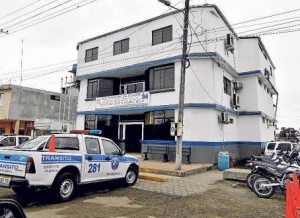 The arrest two months ago in El Triunfo, Guayas Province, of two individuals with two guns apparently used in at least 17 murders, would have thrown clues that led to police investigations that imprisoned “Junior,” who was the leader of the criminal gang that was dismantled between Tuesday evening and early hours of last Wednesday during the operation Link 67.

Interior Minister Jose Serrano in an interview on Radio Democracy, in Quito, said yesterday that after the investigations, thanks to these apprehensions, it was confirmed the link between the violent deaths with orders issued by “Junior,” who is being held in the prison of Cuenca, Azuay province.

According to Serrano, the police discovered that the prisoner used to make three daily phone calls from prison to allegedly order the distribution of drugs and the murders.

At least 32 deaths would have been ordered by Junior, but only 20 were carried out, the minister said. In the list of pending targets, he said, were a prosecutor, a judge, a colonel, a major and four police sergeants. It was also discovered they planned a new attack on a police station, but this time with grenades.

Serrano said they did not act immediately as soon as they learned about the calls from the prison, because they would have discovered “that the criminal structure was bigger” than what they initially imagined.