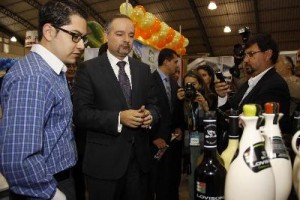 The Production Code, released in 2010, will be modified. Authorities and entrepreneurs agree that the legislation is not fulfilling all the objectives for which it was created. The impetus for private investment is an example.

Next week, industries representatives will hold a meeting in the framework of the Consultative Council for Production with the Coordinator Ministry of Production, Richard Espinosa, ministers and other officials. There, solutions will be found, for this, business chambers have some defined proposals .

Roberto Aspiazu, Executive Director of the Ecuadorian Business Committee, considers that one of the obvious shortcomings is that foreign investment in Ecuador does not have levels as Colombia and Peru .

In addition, the employer emphasizes that since the issuance of the Code, the investment has reached about $2,800 billion dollars. This amount correspond to strategic sectors. Almost $2,400 million dollars are earmarked for two projects, one of them mining, which is not supported in the legal body.

Another change request is the tax exemption for the exit of foreign currency for more sectors. The association considers it slightly applicable that the tax elimination could be only for companies that have established their domicile in the Special Economic Zone Development (Zedes). Up to date, the country has only two locations with those features.
Within the public sector there are also observations. The Minister of Industry, Ramiro Gonzalez, said that the Code could have inapplicable items.