Pro-democracy demonstrators return to the protests in Hong Kong 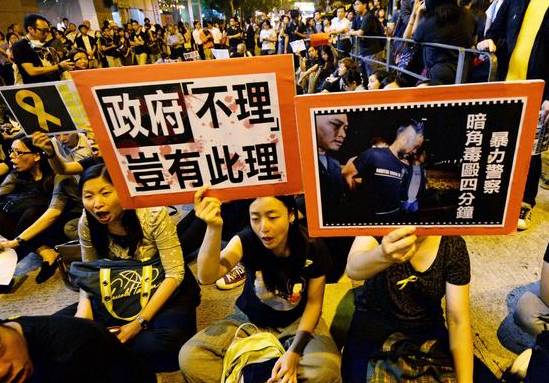 Pro-democracy protesters returned to take the streets of Hong Kong this Wednesday on the occasion of Christmas Eve, to ask for a “true universal suffrage” in the first mass demonstration since the last camp was evacuated last week.

One hundred protesters walked to the official local government buildings carrying banners of several meters in which could be read “We want a true universal suffrage”, reminding them that their struggle is not yet over.

Slogans such as “Hope is on the side of the people” and “the NPC China does not represent us” were among the most chanted during the march.

“There’s something that I’m sure is that this movement will never end in our hearts,” told AFP Cheung Wai-man, a girl of 25 years.

For tonight and Christmas day there are more planned protests in Hong Kong, whose streets were taken from late September for more than two months to demand free elections with candidates not preselected by the Beijing government.