Cesar Monje, in judicial process due to libel against Jimmy Jairala 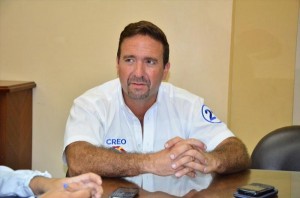 A millionaire compensation and imprisonment could be the judgment against the President of the CREO movement, Cesar Monge, if he is convicted in the 17 lawsuits for libel, started by the Prefect of Guayas, Jimmy Jairala, against him.

Each process seeks from Monge a to two years sentence in prison and $ 50 million (850 million in total).

It all started with a complaint in January 2014 during the campaign for sectional dignities. Monge, then a candidate for the Prefecture of Guayas by CREO, began his electoral battle presenting evidence of alleged corruption in the management of prefect Jairala, based on 33 reports of the Comptroller General containing evidence of criminal liability.