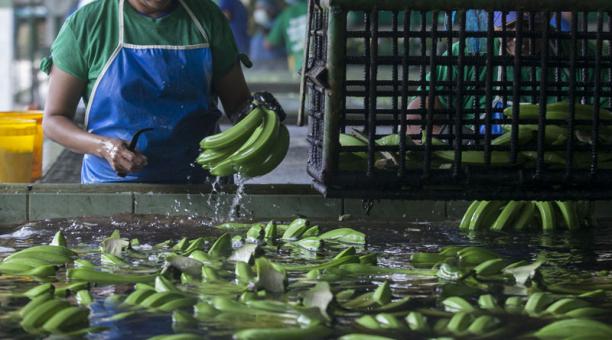 The price of the banana box for 2017 generates controversy between farmers and exporters. The decision is in the hands of the Minister of Agriculture, Javier Ponce, once both actors did not reach a consensus. In 2016 the minimum support price of the 22XU banana box is USD 6.16. The Association of Banana Exporters of Ecuador (AEBE) and a group of 32 producers’ associations agree to maintain the current price of USD 6.16. In addition, they propose to recognize a bond of USD 0.07 per box to producers who have properties up to 30 hectares. Meanwhile, on October 20, another group of farmers, especially from El Oro, asked for a price increase from USD 6.16 to USD 6.55.

They did so through a public letter to President Rafael Correa and the Ministry of Agriculture. But the exporters do not agree with the proposal, as it would mean an increase of 6.33%, which would make Ecuadorian bananas more expensive and less competitive. The current FOB price of the box is USD 7.91, plus the cost of the Panama Canal toll (USD 1.20), which would place the price at USD 9.11, according to the AEBE. While in Colombia the price is USD 7.50, 7.70 in Costa Rica, 7.60 in Guatemala, 7.30 in Honduras, and 7,70 in Mexico, since the fruit of these countries does not pass through the Panama Canal.

There were six regulations to qualify media plans