Products from Europe gain prominence in the Ecuadorian market 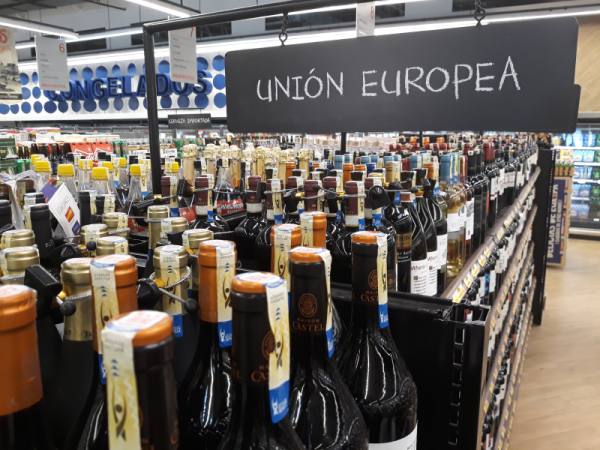 Serrano ham, Spanish oils and olives; German, Belgian and Dutch beers, Italian pastas and dressings; as well as French candies and liqueurs are some European products that now do not go unnoticed on the hangers of different self-service stores.

The exhibition of these products are highlighted with advertisements alluding to their origins. For example, in the premises of Supermaxi and Megamaxi, of Corporación Favorita, a team from EL UNIVERSO found that the brands are highlighted on islands that said: ‘European delights’ and ‘flavors from another world’; with the colors of the flags of France, Italy and Spain and with symbols alluding to the leaning tower of Pisa, the Eiffel Tower; and other figures.

In the Mi Comisariatos (Corporación El Rosado) the “authentic German beer” or “imported Spanish product” is highlighted in the head of the hangers, in the case of a brand of olive oil from that country.

The prices in some cases are similar to the national ones and in others, higher.

The expansion in the European offer in hangers goes hand in hand with the increase in imports that are registered from that block as of the validity of the commercial agreement, effective from the beginning of 2017.

According to Pablo Arosemena, president of the Chamber of Commerce of Guayaquil, after the signing of the trade agreement, Spain, Germany and the Netherlands are the main exporters of the block to Ecuador. The union highlights that without the commercial agreement, in 2016 imports from the EU fell by 25%, but last year, with the agreement, they increased by 38%.

With the agreement, Ecuadorian exports also improved, until doubling its growth during the past year compared to 2016, going from 4% to 8% increase. Annually, about 650 items are exported to this block and so far in 2018, Ecuador has exported 367 million tons, $ 3,205 million have entered the country for that concept.

As of September 2017, the EU contributed to foreign investment in Ecuador by 22% in sectors such as electricity, gas and water, mining, agriculture and transport, said Arosemena; and the countries that invested the most were Spain, the Netherlands and Italy, with a percentage of investment participation of 14%, 5% and 3%, respectively.

38% was the increase in imports of products from the European Union in 2017, according to figures from the Chamber of Commerce. (I)