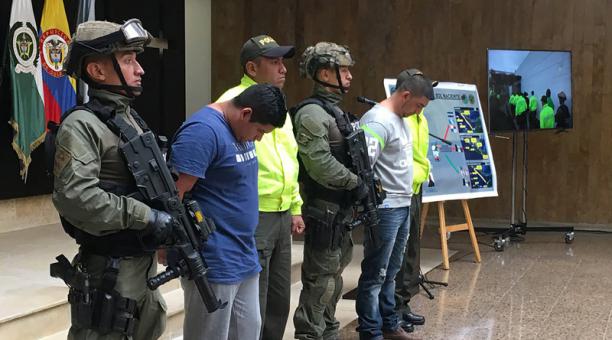 The prosecutor investigated Prado two years ago, for perpetrating violent deaths in the city, and brought him to trial. Since then, an agent guards him in his office, at home, and during legal proceedings. Fears and precautions are not exaggerated.

During the follow-up they did to the organization of the Ecuadorian drug lord Washington Prado Alava, the so-called ‘Ecuadorian Pablo Escobar,’ Police intelligence discovered that his network of hit men traced the homes of prosecutors and had already identified their daily routes.

This prosecutor, whose name remains anonymous, handled the process a few days and says he has not received death threats, but he does know at least three other comrades who have requested police protection. Precisely, one of the comrades who remains in custody works near his office.

Judges, though to a lesser extent, are also targets of intimidation. Since last year, for example, the magistrates who sentenced the ringleader of the Prado hitmen network remain under state protection.