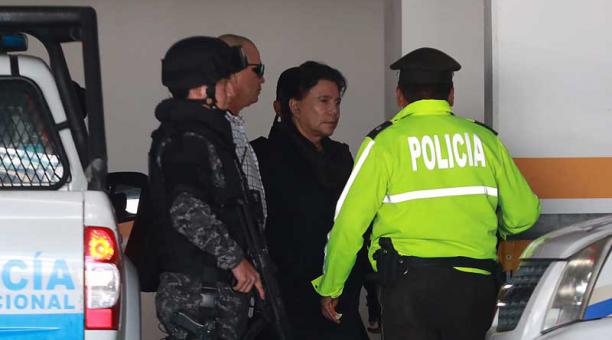 The Public Prosecutor’s Office is collecting more clues against TV Satelital, the company linked to Ricardo Rivera, uncle of Vice President Jorge Glas. Both are currently being investigated for alleged illicit association within Odebrecht’s corruption plot. Luis Calle Gómez, the legal representative of the TV station, answered 22 questions to prosecutor Diana Salazar, the national coordinator of the Anti-Corruption Unit. Salazar focused mainly on the relationship of the television station with Telconet.

Calle Gómez said that Telconet had provided Internet, data and technological infrastructure to the TV channel since 2010. In payment for these services, TV Satelital granted an advertising space as a ‘swap.’ Are there agreements signed between the two companies? Salazar asked.
The legal representative of the TV station said no. “It was a verbal agreement between Mr. Tomislav Topic and Ricardo Rivera,” Calle Gómez answered. Topic is the main shareholder of Telconet. Last July, in his free and voluntary version, the businessman assured that he transferred USD 5.7 million to the channel, as “courtesy” because Rivera helped Telconet to get investors.

The Internal Revenue Service reports that the television company had a commercial relationship with six ghost companies between 2010 and 2013. In that period, the firm transferred USD 92 789 to the six companies. (I)

Universities and companies create links to strengthen their internship programs