Protests cause losses of 2,500 barrels of oil in Ecuador

Petroecuador reported on June 15, 2022 that its own production , together with that of the consortiums, registered an accumulated loss of approximately 2,500 barrels of oil, from last Monday to this Wednesday. 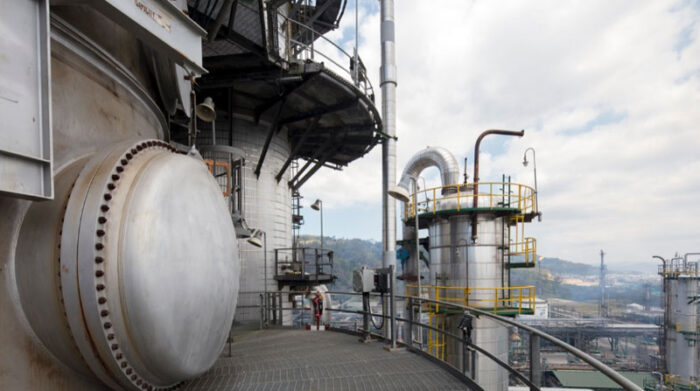 Petroecuador gave figures on the losses in crude oil production due to the demonstrations in the Amazon.

This as a result of stoppages, sabotage and vandalism in the oil fields of the Amazon, the state oil company said in a statement.

Added to this are the closures of roads on a national scale, which have interrupted the logistics to maintain oil operations and attend to the internal supply of oil derivatives.

According to Petroecuador, until this Wednesday, June 15, the protesters keep the wells in Indillana off , at the entrance to block 61, Concordia and Cononaco in the province of Orellana , “causing millionaire losses.”

Petroecuador speaks of legal actions for vandalism in block 15

On Tuesday, June 14, protesters tried to enter and take over the oil installations in block 15 CPF, Limoncocha station , in the province of Sucumbíos. The situation was avoided by the actions of the Armed Forces (FF.AA.) that guarded these areas. The uniformed officers ensured the safety of the company’s workers and of the infrastructure, which is strategic for the production of crude oil in the country.

In this regard, Petroecuador indicated that it will take the corresponding legal actions and will report the attempts and criminal acts of these external groups to the competent authority .

In addition, the company expressed its solidarity with the uniformed officers, who were carrying out their duties to guarantee the safety and integrity of the hydrocarbon infrastructure . According to the oil company, they were injured as a result of the clashes . The entity pointed out that the social groups used sharp weapons such as spears , shotguns and Molotov cocktails , with which they caused injuries to the military.

Until this Wednesday, the material losses due to the destruction and vandalism at that point were not quantified . Nor, of the objects stolen by the protesters.

Petroecuador stressed that it will continue to work together with State institutions to ensure the normal functioning of its infrastructures. Also, “it will continue to take the necessary and pertinent measures in the event that both the safety of its workers and that of its locations are violated,” he said.