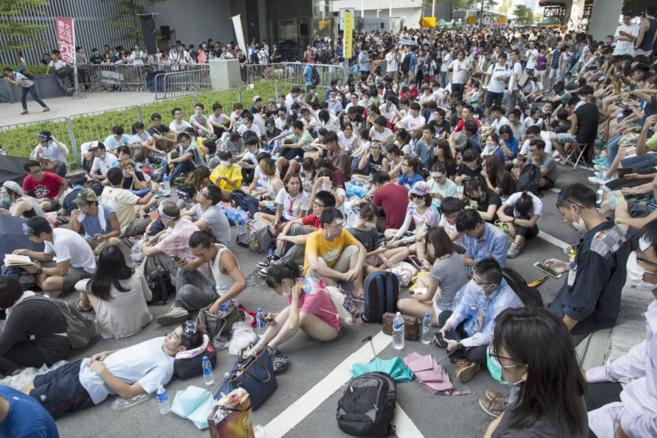 Hong Kong lives days of tension after the decision of the government in the way that the next leader of the Chinese region will be elected. The movement ‘Occupy Central’ takes on a protagonism that bothers the central authorities in Beijing.

Elections will be held in 2017 but in late August, the Chinese government issued a resolution that limits who can stand as a candidate.

Activists in favor of more democracy have manifested in the city in recent weeks and they plan to occupy the financial district as protest. On Sunday, September 28, the police used tear gas to disperse pro-democracy protesters outside the seat of government.

The main demand of these activists is that Hong Kong people can choose the head of the local government by universal suffrage, not necessarily subjected to orders from Beijing. However, movement organizers admit that it is very unlikely that they influence in the central government of China.

The locals have freedom of speech and right to protest, but can not directly elect their government.