From the early hours of last Monday, a small group of hooded demonstrators protested against the socialist government of Nicolas Maduro at a point northeast of San Cristobal, Tachira state (west).

The youths blocked the main street of Las Pilas with bags of trash and debris, and threw homemade firebombs against members of the National Guard military and the police, who responded with rubber bullets and tear gas.

In the confrontation one agent was lit on fire by a homemade bomb. In the event several claims were chanted against commodity shortages, inflation (over 60%) and insecurity.

San Cristobal was the city where protests against the government erupted from February to May. 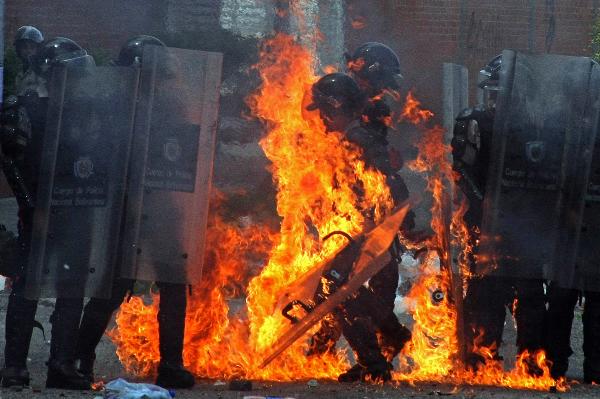 A riot policeman is set on fire by a molotov cocktail thrown by a small group of anti-government protesters during clashes in San Cristobal.