PSC repeats the formula in Guayaquil: Cynthia Viteri is going for re-election to the Mayor’s Office

With hundreds of supporters, the mayor of Guayaquil, Cynthia Viteri, announced this Wednesday, May 25, at the Voltaire Paladines Polo Coliseum, that she will seek re-election in the sectional elections on February 5, 2023. 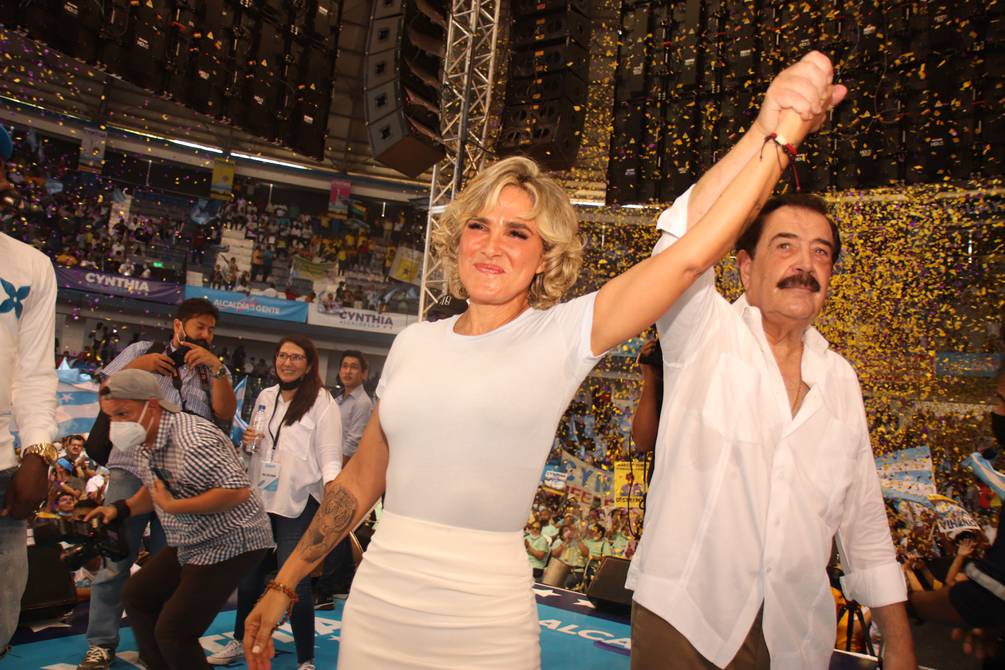 This May 25, Cynthia Viteri’s candidacy for re-election was launched at the Voltaire Paladines Polo Coliseum at the Guayaquil Mayor’s Office.

Viteri began her speech by thanking the president for life of the Social Christian Party (PSC), former mayor Jaime Nebot, who accompanied her on the stage, and whom she said was “unstoppable.”

“All those who want to be candidates are welcome… But they will not be able to take the heart of this city because that belongs to this mayor’s office, to this woman and to this Municipality,” he said.

The mayor also expressed her concern about the insecurity that exists in the city and in the country and assured that if this does not change, the city will have to.

“It is a privilege for me to serve Guayaquil… I will continue to resist and defend this city as if it were my home,” he said, recalling that this year will continue with the inauguration of works and health care, delivery of tablets and academic scholarships.

Before the mayor’s speech, Nebot ratified his support for Viteri and recalled his management during the COVID-19 pandemic, which led Guayaquil to have days with zero deaths from the disease.

“The people know who is telling the truth and who is lying, who is doing it and who is just saying. No one here is going to forget what they have to remember,” he said.

Nebot accepted that there are criticisms of management, but stressed that there is no perfect politician and that they are necessary to improve when they are positive.

“In all our mayoralties since 1992, the successes have been greater than the errors… The people do not need a messiah because here we are not sheep, we are not a flock, we are thinking people who know the path to prosperity,” he said. .

The political leader said that above the left and right will always be the ideology of prosperity and above all political parties is Ecuador.

Nebot mentioned that the PSC supports Viteri’s candidacy and that only former prefect Nicolás Lapentti was another party member who expressed interest in the position.

However, he clarified that due to the CNE’s changes in the requirements to be a candidate, Lapentti is prevented because he is not domiciled in Guayaquil nor did he vote in the city the last time.

“No one is disputing you for the position of mayor… but I leave the record that ethical standards are followed in this party,” he said.

Nebot also questioned the current situation in the country in terms of security and said that “we must not have compassion with those who have led us to this insecurity.”

“This is unbearable, but we must help further if it is the first duty of the State,” he stressed.

Before, Vicente Taiano, president of the party in Guayas, also had an intervention and affirmed that the change management of the PSC began in 1992 with the mayorship of former president León Febres-Cordero, which was continued by Nebot and now by Viteri.

He highlighted the help that this period Viteri has given the country in the different events that have occurred during the pandemic or the protests of October 2019 and added that he is confident that they will win the mayor’s office again.

The city councilors, the vice mayor Josué Sánchez, the mayor of Samborondón, Juan José Yúnez, and some assembly members from his political party also accompanied Viteri this afternoon. (I)

The good, the bad and the promised of Guillermo Lasso’s first year