The Municipality of Guayaquil imposed a legal recourse against the Ministry of Public Health and the pharmaceutical company Pfizer regarding the public-private initiative to acquire vaccines against COVID-19. 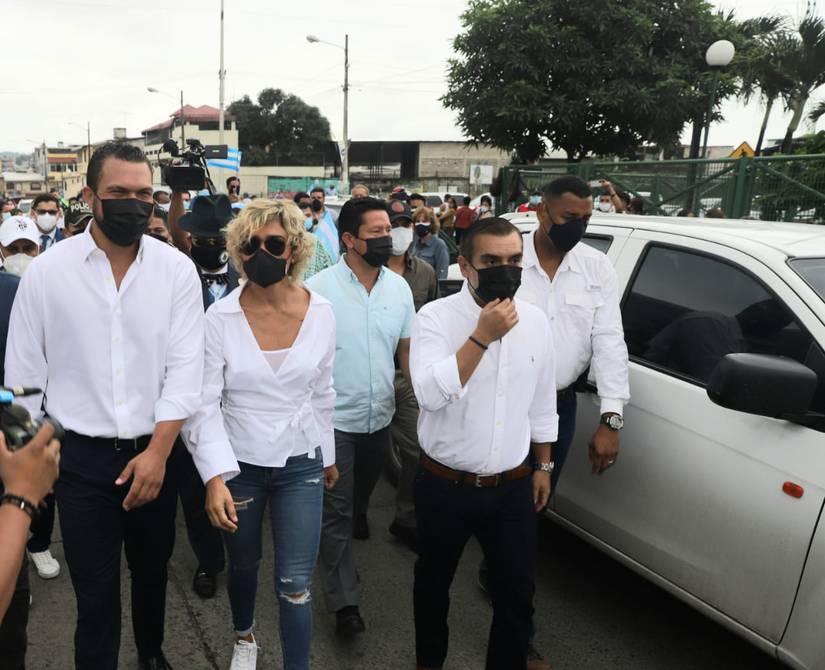 The mayor of Guayaquil, Cynthia Viteri, went to the judicial complex of La Florida, located in the north of the city, around 10:00 a.m.

“It is the first time that a small city in a Latin American country has sued a transnational, we did it for abuse for not selling vaccines to a local government and that threatens life and health,” explained the mayor.

Dozens of people arrived at the site, including municipal workers, neighborhood leaders and citizens of municipal projects that involve vulnerable groups such as the elderly, people with disabilities, among others.

Days ago, the Ministry of Health reported on the three steps that councils must follow in case of requiring the purchase of immunizers directly with the laboratories. These are a formal request to the MSP, with an official letter issued by the producer (pharmacist / laboratory) in which the type of vaccine and availability are established, to continue with the due approval of the National Agency for Regulation, Control and Surveillance. Sanitary (Arcsa).

After the socialization of these steps, the mayor Viteri described that it is a waste of time and considered that this “paralyzes the process of purchasing vaccines”, so days later she presented the web page and requested signatures of support to the Guayaquil residents so that “Release the vaccines.”

Today, Viteri said that 100,000 signatures have already passed in the #Liberenlasvacunas campaign and that people who seek to access immunization to avoid getting sick from COVID-19 continue to join.

The council with the support of private companies seeks the purchase of two million doses to inoculate a million people.

“Guayaquil has always been alone, Guayaquil does not ask for help, it asks that it be allowed to move forward … do not interfere, if you do not do, let it do, continue to add deaths behind your back,” said Viteri last Monday, during an event. (I)