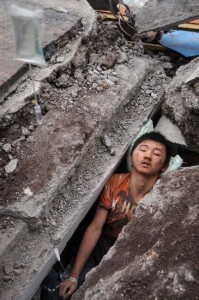 This Thursday an earthquake struck China in the southwest near the frontier with Myanmar. The natural phenomena killed 22 people and left more than 200 people injured. The quake had a magnitude of 5,8 according to the report of Xinhua News Agency.

Several people were buried under debris and the subsequent tremors caused a power outage across Yingjiang County. The news agency said that there had been three aftershocks of 4,7 degrees on the Richter scale. A member of the Yunnan Disaster Relief Center, Gao Shaotang, informed that many houses have crumbled.

Meanwhile the website of the government earthquake monitoring station revealed that the quake occurred in Yunnan just before 1 p.m. local time at a depth of 6 miles.