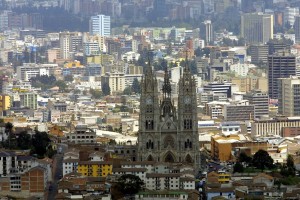 Travel experts of Lonely Planet, one of the leading publishers of travel guides in the world, its writers and a comunity of travelers chose Quito as one of the top ten cities to visit in 2016.

“Time seems to have stopped in the historic center of Quito, which dates back to the sixteenth century, and is surrounded by mountains full of traditions, but the modern and elegant face of the city could be what really attracts in 2016,” says the website about the capital of Ecuador.

The functionality of the mass transport system is highlighted, the same that goes through a number of historic districts; the beauty of the train station; the modernity of the new airport; the Chapel of the Suffering Man; the cable car; among other points.

According to Lonely Planet, the modernization of the city marks the beginning of a tourism of “high end” (with more economic resources than the “backpacker tourism”), and invites its readers to visit the capital of Ecuador.

“We seek to create a precedent,” says Hernan Perez