The capital plays an important role in non-oil exports. 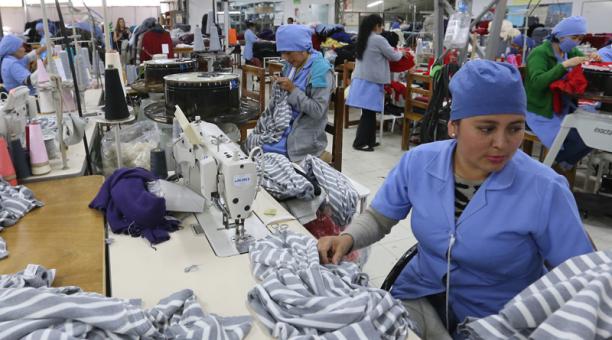 Not surprisingly, in the last three years, on average, 20% of all shipments that the country made abroad were from Quito companies, according to data from the Ecuadorian Federation of Exporters (Fedexpor).

Of the USD 12 804 million that were generated during the past year by non-oil exports nationwide, the capital contributed with USD 2 964 million.

There are 188,635 companies in the canton, according to the National Institute of Statistics and Census (INEC). Fedexpor notes that there are 1,200 exporting Quito companies, which generate jobs for some 200,000 people.

Flowers, oils and plant extracts, wooden boards, canned fruits and vegetables, and plastics and their manufactures are the five star products of foreign trade.

The international markets that most capture Quito’s exportable offer are the United States, the European Union, Colombia, Peru and Russia.

Exporters consulted comment that the merchandise stands out abroad for its variety and added value, than the difference of the competition.

However, there are trade barriers to overcome to improve the competitiveness of companies.

For Pablo Viteri, manager of the Pacific Bouquet florist, located in the parish of Yaruquí, the main contribution of the companies of the sector for the economic development of the Metropolitan District is to create employment in rural areas.

With 15 years in the market, Pacific Bouquet has 40 workers and has a weekly production of between 70,000 and 80,000 stems. 70% of the merchandise is exported to the United States.

Although national flowers are highly desirable in the US market, Viteri states that due to the lack of a commercial agreement with the US, as does Colombia, importers in that country pay a tariff of between 6% and 7% for the Ecuadorian product, which reduces competitiveness. Quito also exports taps, toilets and bathtubs.

Edesa, located in Chillogallo, is a traditional city firm since 1974. The company manufactures about 2.2 million pieces a year and about 48% goes abroad. The main markets are Chile, Colombia and Central America. For the company, which employs 960 people and is part of the Chilean holding company Cerámicas Industriales Cisa Operations, it is a pride that Ecuadorian hands manufacture high quality goods.

Its main strategy is the development and innovation of products focused on saving water, with a wide range of designs. The textile industry is another important actor.

Charles Dávila, manager of Hilacril – says he has been in operation for 45 years – says that of the 25,000 garments that are made per month, 10,000 are sold in the United States, Colombia, Mexico and Bolivia.

The factory sits in the Cumbayá Valley and employs 180 people. Of them, 80% are women. “The idea is that our employees are proud, so any company gets ahead,” he says.

The added value of the brand, describes the entrepreneur, is in the innovation of colors, in the diversification of models and in the quality of clothing and finishes. Like Viteri, Dávila regrets that Ecuador does not have a specific agreement with the United States. and, for that reason, some Ecuadorian textile products are taxed with tariffs of up to 35% to enter that market.

In addition to eliminating tariff and tax barriers (such as the currency exit tax and the income tax advance), local and national industry requires a new labor legislation, which adapts to the needs of the productive sector and trends World

This is what Luis Luna Osorio, an expert in foreign trade, believes. To expand Quito exports and add new actors, it is necessary to bet on new ventures that are born in universities or that arise in business incubators, added David López, technical director of the Chamber of Commerce of Quito (CCQ).

This support must be reflected in processes to accelerate the growth of firms, in greater injection of resources from entrepreneurs to reach more markets and improve their production components. “We must generate an export culture,” he reflected.

Biblián shows his wealth in the toquilla