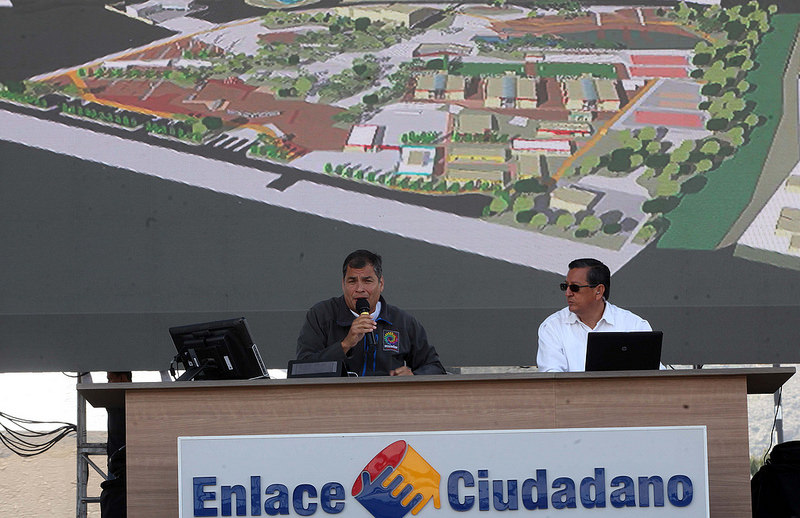 President Rafael Correa announced the construction of mass Millennium Campus Plan in several areas of the country which comprises the combination of green areas with public offices.

The proposal reaches an investment of $ 16 million and will be located at Av. De la Prensa and Valverde, a sector that now houses Bicentennial Park.

The work will cover almost 11 hectares which includes the construction of a Type B Superior Technological Institute, an Educational Unit Millennium for 1140 students per day, air museum, parks, public buildings, and more.

Correa said that in addition to Quito, these constructions already underway in Portoviejo, Machala and elsewhere in the country.

He also reported that there is an interesting proposal for an Catari group to intervene in the historic center of Quito and Bicentennial Park could be reaching an investment of 2.5 billion.

Seven road connectivity projects will be promoted by the Unasur