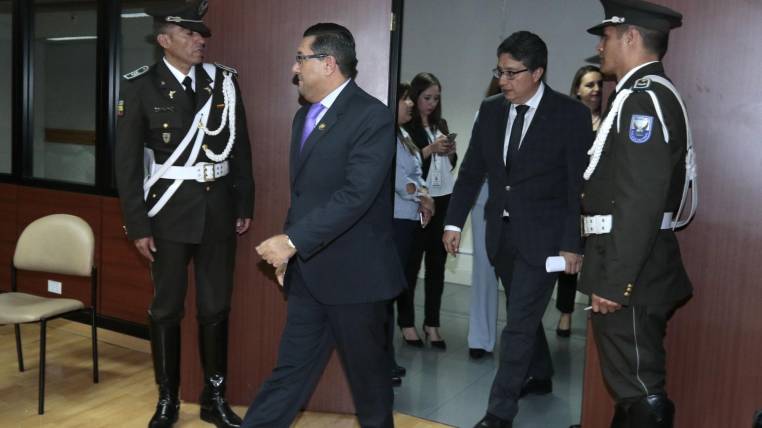 It is the second time that the defense of former president Rafael Correa fails to convince the judges to lift the prison order.

Caupolicán Ochoa, his defender, already tried on July 3 when he requested the revocation of the injunction and Judge Daniella Camacho denied it.

Correa is suspected of being the mediator of the illegal association and plagiarism of activist Fernando Balda, which occurred on August 13, 2012 in Bogotá, Colombia.

Against him, at least 13 elements have been presented that led Prosecutor Paúl Pérez to link him to the file on June 18. Correa has assured that he learned about the case through social networks and that a police excess could have occurred.

Yesterday, unanimously, judges Marco Rodríguez, Iván Saquicela and Richard Villagómez declared the appeal of the prison inadmissible and ratified the measure issued against the former president on July 3.

The resolution was announced at 2:00 p.m. The court took almost four hours to analyze the procedural pieces before issuing a pronouncement. The operative part was read in eight minutes by Judge Rodriguez. One of the arguments was that Ochoa’s allegations lacked legal support.

The reason? The prison against the former president was issued because he did not comply with the alternative precautionary measure to the prison (the presentation every 15 days in the Court) and in breach of the order violated the principle of immediacy, hindered the judicial activity and activated the risk of escape said the judge.

According to Rodríguez, Correa “created distrust in the judges for his appearance at trial, especially after refusing to appear at a stage requested by his defense to expand his own version.”

The former president’s lawyer was seeking the revocation of the prison issued by Camacho. According to him, the order was dictated hastily, without doctrinal valuation. It was disproportionate for Ochoa to ask that Correa travel from Belgium twice a month to appear for five minutes in court.

He assured that he tried to comply but it was impossible for him that he presented himself before the Consulate of Ecuador in Belgium. In addition, he added that the existence of the crime has not been proven.

Felipe Rodríguez, defender of Balda, was able to show that his statements were not real. He cited the case of John Polit, son of former Comptroller Carlos Pólit, who travels from Miami, United States, just to comply with the court order.

He also confirmed that the consul in Belgium warned Correa that no delegation of the judge had arrived to legalize the presentation.

Prosecutor Perez insisted that it was the noncompliance with the presentation before the judge that led to the prison. On Tuesday, March 31, at the preparatory hearing, the prosecutor will announce if he maintains the accusation for the six defendants or abstains for some. (I)