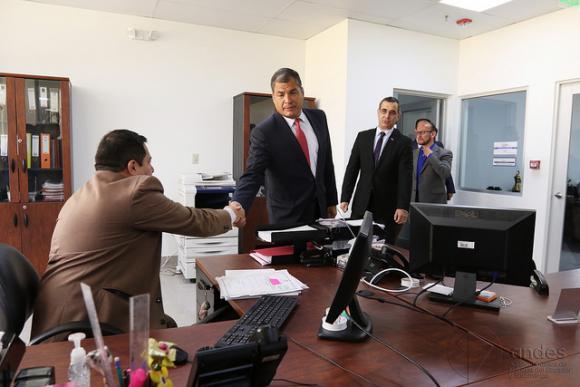 President Correa criticized the Constitutional Court for its “inefficiency” due to the delays of trials and its lacking political control, during the opening speech of the Quitumbre judicial complex, in Quito.

“There are many challenges to improving the efficiency of the system. It has become a court of the fourth instance that delays trials and creates legal uncertainty. (…) It does not even have political control, and there are causes paralyzed for several years and judgments against the State that fill with astonishment. That is a challenge. That court, inefficient to dispatch cases” said the president.

He evaluated the judicial administration, and opposed to the prison for failure to comply with alimony payments, and supported the creation of an armed civil group that protects the high authorities of the State, according to the draft Code of Citizen Security Agencies, which is discussed in the legislature.