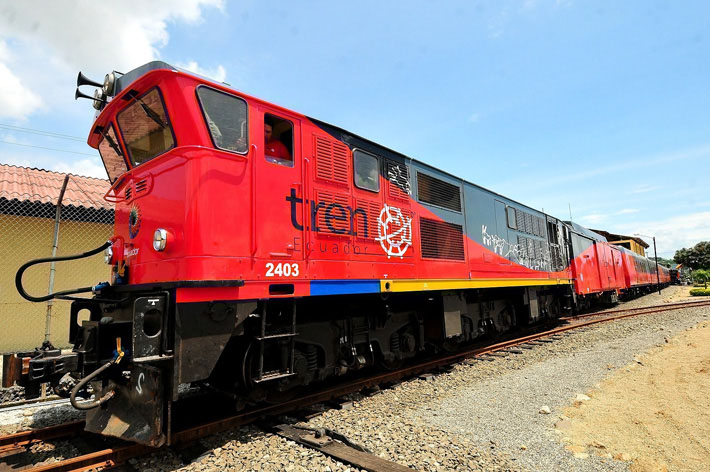 Entrepreneurs of Bucay and Duran proved that with the presence of the railway there is greater dynamism in the local economy.

To check the progress of the tourist routes, President Rafael Correa along with his goverment cabinet and other officials toured the ‘Ruta de la Dulzura’ stretch, which comprises Durán and Bucay. At these sites the productive agricultural areas of Guayas can be observed, while the guides explain the traditions and history of the different places where the train crosses.

Diego Pérez, of White Stone Waterfalls (Cascadas Piedra Blanca in Spanish), is one of the operators who arrives at the station with a rustic bus, to pick up passengers and transport them to the sites where they can practice adventure tourism. He details that on weekends arrive about 90 people. “It has been it good, people likes to enjoy nature,” he says.

The railroad currently operates 15 routes in the country and has meant an investment of over $ 300 million, said Jorge Carrera, Head of Railways of Ecuador, who also says that in September the Milagro and Naranjal stations will be opened. Also, in 2009 began the studies to rehabilitate the railroad system in Ecuador.

‘Blurred Lines’ model will star in film with Zac Efron