Ranchers would lose up to $ 200 per animal 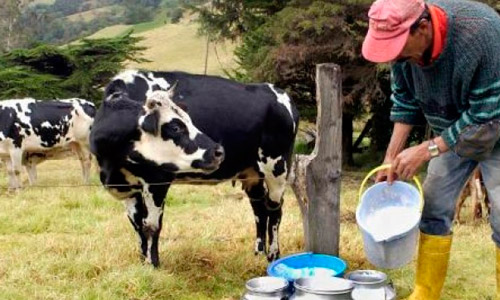 About $ 200 for every cow and $ 40 for every pork is what cattle ranchers would be losing because of the alleged smuggling entering through the northern and southern borders, according to the Coastal Cattlemen’s Association and Galapagos.

Paul Olsen Pons, permanent president of the union, said yesterday after a meeting of members that the illegal entry of these animals represents a 30% drop in prices per pound of meat.

“We can not sell our cattle and we are also having a health problem because there is no control,” he said.

According to the leader, about 300 cows would have died of a disease that has not yet been identified.

In this regard, Miguel Bustillos, president of the Cattlemen’s Association of Daule, ruled out that this disease affects consumers and indicated that this could be brought by the cattle that have arrived through the alleged smuggling.

On how to they enter, Olsen referred to alleged acts of corruption by employees of state control bodies responsible for issuing _ mobilization authorizationd for the cattle: “Each authorization is sold at $ 30 on the border when it should be free … ”

Olsen indicated that they will ask for a meeting with President Rafael Correa, to expose their complaints.