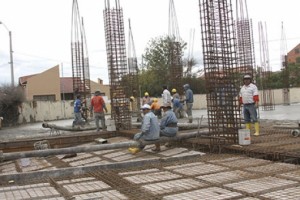 The Ecuadorian government owes more than USD 907 million to 78 union members of the Chamber of the Construction Industry (CIC), including construction firms and natural persons, professionals on this field. This was revealed by the latest survey conducted by this institution with its partners between February and March this year.

Of the total debt, around US $ 810 million is for the largest companies that answered the survey. Silverio Duran, president of the CIC, revealed that he meets once a week with unpaid state contractors to know the consequences of the debt. He also mentions that debts are of 2015 and 2016, but there are companies that register late payments from 2008 and 2009.

An amount of this debt corresponds to some decentralized autonomous governments.

The president of the CIC expects to meet with President Rafael Correa to submit this information and talk about the situation in the sector.

To prioritize payments to small contractors

The possibility of receiving payments with Central Bank securities, for trading in the stock market …

Freeze the debt of contruction firms with the Ecuadorian Institute of Social Security.