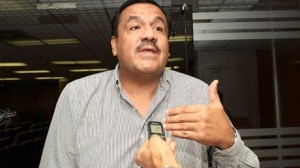 The former Minister of Sports, Raul Carrión, could sue the State and require a payment for damages due to his permanence of eleven months in prison. This, after being sentenced by the Criminal Chamber of the National Court of Justice to only three months in prison for the crime of dimmed embezzlement, by the subdivision of contracts for sports complexes Carpuela, Tito Navarrete and Sucúa.

On this criteria the President of the Bar Association of Quito, José Alomía and the Jurist Enrique Herrería agree. They also believe that in this case was no applied the principle of proportionality between offenses and penalties, contained in paragraph 6 of Article 76 of the Constitution.

According to Herrería, such judgment is incomprehensible to someone facing a serious charge such as embezzlement of state funds, punishable by eight years of imprisonment.

But for Professor Santiago Guarderas, the Criminal Chamber reduced the sentence based on Article 73 of the Penal Code. That rule states that if there are two mitigating circumstances and no aggravating factor, the penalty may be reduced to eight days in jail and a fine of $ 6 . Therefore , he says, they are awaiting for the notification of the judgment to determine whether such circumstances existed .