Ecuador is the country with the highest rate in finearm homicides, according to report 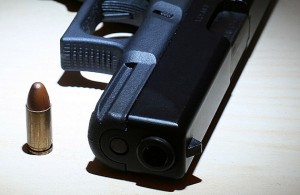 Ecuador register 91% in firearm homicides, the highest percentage among Latin American countries, according to the Regional Human Development Report 2013-2014 titled ‘Citizen Security with a Human Face’.

This report of the United Nations Development Programme (PNUD for its Spanish acronym) data collected between 2000 and 2010 and notes that of the 18 countries in the region, that way has the highest rate.

The UNDP report notes that in Latin America, at least 80,000 murders each year are caused by firearms. In 2011, the information available from eight countries in the region reaches an aggregate of 72,992 deaths in that way. The extended use of weapons is also due to its availability, highlights the document.