Referendum for the reelection of Correa will not be carried out 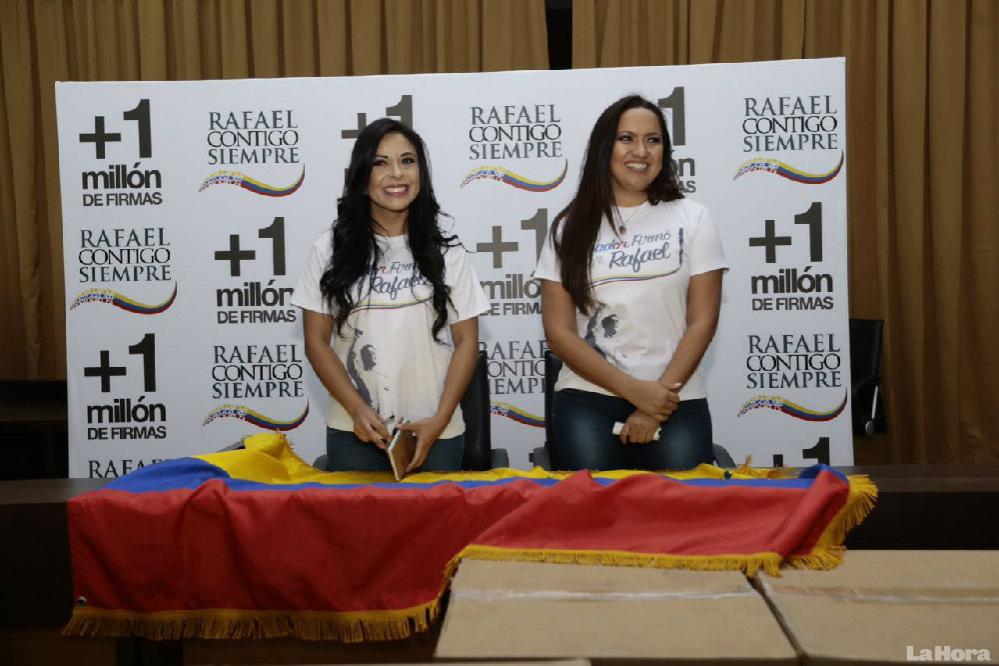 The Rafael With You Always group desisted from the popular referendum to unblock the reelection of President Rafael Correa.

Its spokeswoman Stefania Baldeon announced this yesterday after a meeting of the volunteers who collected the signatures in Manta, Manabi. She pointed out that today they will begin the proceedings before the National Electoral Council.

With tears and nostalgia, Pamela Aguirre and Baldeon thanked the hundreds of young people who helped to collect one million signatures in favor of a transient provision that allows President Correa to run for the elections of February 2017.

Yesterday in Manta the collective rejected the grievances and insults, they say, received for promoting this idea. They announced they will change their name for “Firmes por Rafael,” and claimed they will not allow that the name of the president is stained and he is accused of corruption.

“They called us prostitutes of politics,” said Aguirre while reiterating that they were “in love with the works” the regime has made in benefit of the people, while rejecting the interests of the right.

Correa asked his party to prepare for the coming elections because “the right seeks to take power” and told them that the main reason for him of not running for president is his family, but he has the conviction that the binomial of PAIS, to be chosen on October 1, will defeat in the February elections.