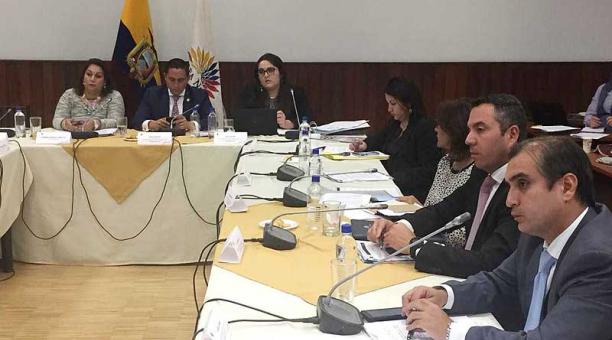 The Occasional Specialized Commission for the processing of the questions of the popular consultation meets from 18:00 of this Monday, February 26, 2018 in the National Assembly.

The reason: to discuss the derogatory project to the law to avoid speculation on the value of land and taxation, better known as surplus value. The appointment was attended by representatives of construction guilds. Patricio Álvarez, of the Association of Real Estate Developers of Ecuador, said that the construction sector shows a decrease.

“There is a large housing deficit. Each year there is 110,000 new homes and that means more houses. “Henry Yandún of the Positive Builders collective also intervened. In his opinion, with the law of surplus value there was much concern because real estate activity was reduced and many people were being laid off. “As soon as we build 40,000 homes, the housing deficit grows much more.

For 88% of Ecuadorians, having a house is the main objective of their life “. Faced with this reality, he asked that the derogation of the rule be processed. “Proceed with the popular mandate and that there are no pending issues (…) We have to generate work.”

In his speech, the president of the occasional commission, Daniel Mendoza, said that until March 1 it is expected that the report for the first debate is ready. With this criterion, the legislator Roberto Gómez (Creo) agreed, who stated that “until the 14th of next month it must be closed; that is, voted in the second debate because that is how we resolved it. That’s in the schedule. ” Until February 16, the assemblyman argued, the two reforms should be ready: the law on surplus value and the law on citizen participation. (I)