Regulation of quality will be established for bicycles 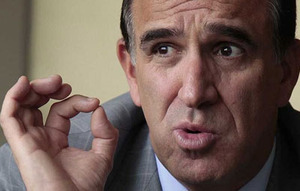 Through a technical regulation will regulate the processes to manufacture bicycle production with a high national component. The regime wants to start in 2014. This was announced by the director of the Ecuadorian Standardization Institute (INEN), Agustin Ortiz.

Imports of bicycles and their parts increased by 37% since 2011, and report the trade figures of the Central Bank of Ecuador (BCE).

By 2014 is expected to produce 110,000 bicycles, according to the Minister of Industry, Ramiro Gonzalez, the exit rates for imports will prevent more than $ 2 million with a projection that would rise to $ 3.5 billion through 2017. The companies Metaltronic produce 100,000 units and 10,000 Ecobike.

Ortiz said there are already rules for the marketing of bicycles in the country and this will help those that are manufactured with national aggregate. He added that he is working on a technical regulation to comply with those rules. Ortiz said it would “be ready in a couple of months.”