Report on Monetary Code is ready

On its report on the veto to the Monetary and Financial Code sent by the Executive, the Commission of Economic Regime of the National Assembly, insists that the forgery and concealing of information about a financial institution must have not only criminal sanctions, but also administrative.

This is set in the binding report sent by the Commission last Wednesday afternoon to the Secretary of the legislature. 22 of this month, the President provided the Assembly with %6 objections to the draft Monetary and Financial Code. The Economic Commission decided to agree with 52 of them and insist on the text adopted by the Assembly on four topics.

One of them is the president’s proposal to remove from the code, the simulation of insolvency or bankruptcy, the Commission insisted on labeling those as issues of judicial procedure.

The Executive also proposes to clarify in the Code that reforms to the Insurance Law for the compulsory liquidation of companies in the sector, to be applied to those already in the process. But the committee believes that a law can not be applied retroactively. 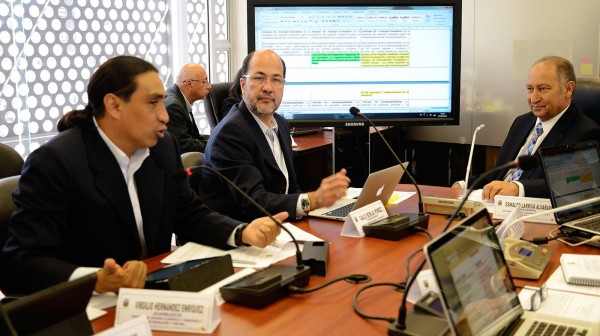 Ecuador expects financing of China for construction of refinery