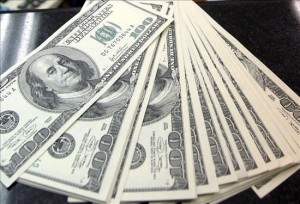 A Transitory Disposition from the Presidency included in the project of Public Service Bill allows the Obligatory Resignation Purchase to State Employees in order to reduce burocracy.

The possibility to pay these liquidations with State Bonuses has generated critics, especially on the Public Sector, even with some Assemblymen from the PAIS Political party. Nevertheless, and despite complaints, the President’s approach is the one that will be adopted in the end.

According to this Transitory Disposition, the downsizing will take place in no less than 18 months, and will depend on the needs of each institution and the availability of the Prosecutor. The top payment each State Employee will receive will be $39,600, which means a total of 165 basic salaries from the Private Sector. If there are not enough resources, they will be paid with bonuses.

“But this disposition was never part of the project approved by the Assembly”, Nívea Vélez, President of The Comission affirmed. “It was replaced by a text that referred to the deadline sectional governments had to approve the standard to regulate the autonomous administration of employees and the salary scale.

The new text will reactivate the ill-timed dismissals that was questioned during two debates on the Assembly, Vélez added, and labor stability won’t be guaranteed.

Some of the questions left unanswererd on the Ministry of Labor Relationships are: how many public employees will have to abandone their jobs on the next six months? from which area? when will they have to go?

The Minister, Richard Espinosa, limited to highlight that before referring to numbers, an analysis of each institution will have to be developed. He believes there doesn’t have to be any dismissals from a State rationalization. “This Bill beyond being useful for public employees, will help us have a more efficient State, with capable people who will be chosen after a merit competition.”.

Besides, he affirmed it’s not true that people close to the government will be chosen. “They can put up the controls they want, what we’re achieving is having an efficent State.”

628 People Suspended from their Jobs Due to Corruption in Petroecuador