retired compensation payment will be made with bonds 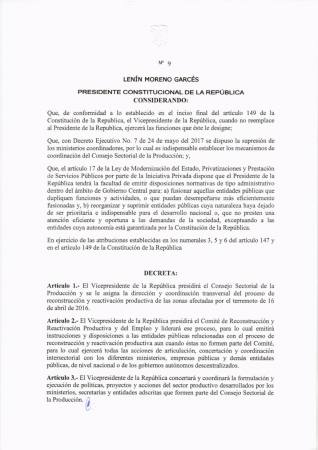 The Government will pay part of the retiree’s compensation with state bonds; ie with papers. Through Executive Decree 059 signed by President Lenin Moreno, on July 4, new rules were established for such payments.

Last week the economic authorities calculated the outstanding debt for compensations at $ 1,123 million.
According to the decree, which amends the third paragraph of Article 289 of the General Regulation of the Organic Law of Public Service, “the State may pay such benefits with bonds in case of not having sufficient resources. A percentage shall be paid in cash and the difference in bonds.” The text also establishes that the bonds will have a preferential interest and term and can be traded freely.
Alfonso Yánez, a representative of retirees in the public sector, rejected this means of payment, contending that seniors require cash because they have needs such as dealing with their illnesses.
He explained that on Friday they will have a meeting to decide several measures on the matter.
He further commented that many of the retirees who received the bonds and required immediate liquidity sold them losing between $ 8,000 and $ 10,000. (I)