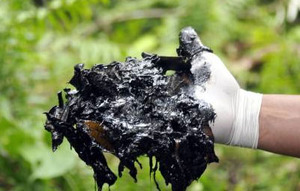 Reuters report of the ecuadorian oil

The international news agency Reuters issued a report in which they explain the daily oil shipments valued around $ 6 million, made by the intermediary company Tauros to California, these were sold to clients such as Chevron.

According to the report, some of the Ecuadorian oil would be sold to Chevron, the paper argues that “over the past four years, Taurus has played a key role in the sale of oil from Ecuador on the west coast of the U.S.”

The analysis of Reuters has important sources of data collected, like the intelligence group of port Piers, where it was discovered that Tauros shipments accounted almost 10% of California’s oil imports in the first nine months of 2013.

While Ecuador’s oil, which is managed by private partners of PetroChina represents 17% of oil imports to the West Coast of North America. Reuters said that the leader of the Ecuadorian regime, Rafael Correa, has called Chevron “an enemy.” At the same time Ecuador is currently doing a campaign against the so-called “Chevron’s dirty hand.”

So far, according to Reuters, the only Ecuadorian official commented that the issue is Nilsen Arias, manager of International Trade of Petroecuador, who said that what the Chinese firms do with the oil after its property is not part of Petroecuador.