Ecuadorian Richard Carapaz achieved another sporting milestone by taking the podium at the Tour de France, one of the most important competitive events in the world. At the time of the award ceremony, the Carchense was happy, accompanied by his children on Sunday, July 18, 2021. 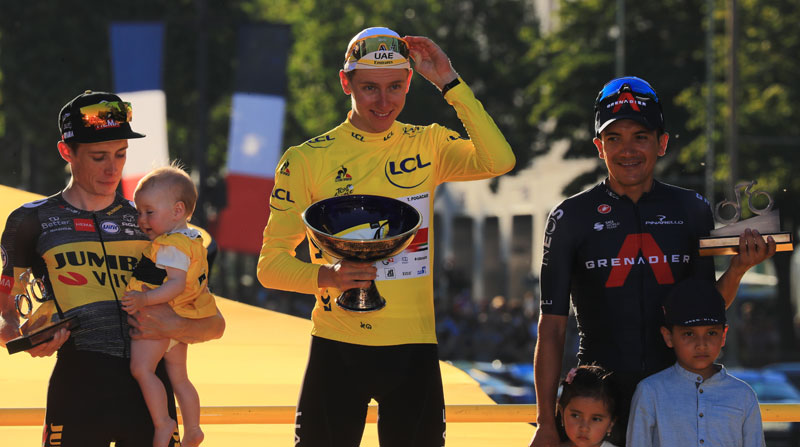 This July 19, hours after the award ceremony, the Team Ineos cyclist took advantage of social networks to write the following: ‘An unforgettable day in Paris’. The message, on Twitter, is accompanied by three photographs, in which he appears with his children Richard Santiago and Aimy Sofía.

‘Richie’, winner of the 2019 Giro d’Italia and runner-up of the 2020 Tour of Spain, will represent Ecuador at the Tokyo Olympic Games, in the road cycling event, on July 23, 2021. In that event will also be his partner in Team Ineos, the rider from Playón de San Francisco (Sucumbíos), Jhonatan Narváez.

In the country, his fans and cycling fans still celebrate his memorable performance, which filled millions of people in Ecuador and Latin America with pride. Carapaz is the fifth Latin American on the Tour podium, something that was also achieved by Colombians Fabio Parra, Nairo Quintana, Rigoberto Urán and Egan Bernal. In addition, he is one of the 20 cyclists in history who have achieved podiums in the big three: Tour, Giro, Vuelta.