With a red outfit, the Ecuadorian Ivanna Barreiro made her appearance in the final of the 30th edition of the Slavianski Bazaar in Vitebsk International Art Festival, which takes place this Sunday at the Summer Amphitheater in the Republic of Belarus. 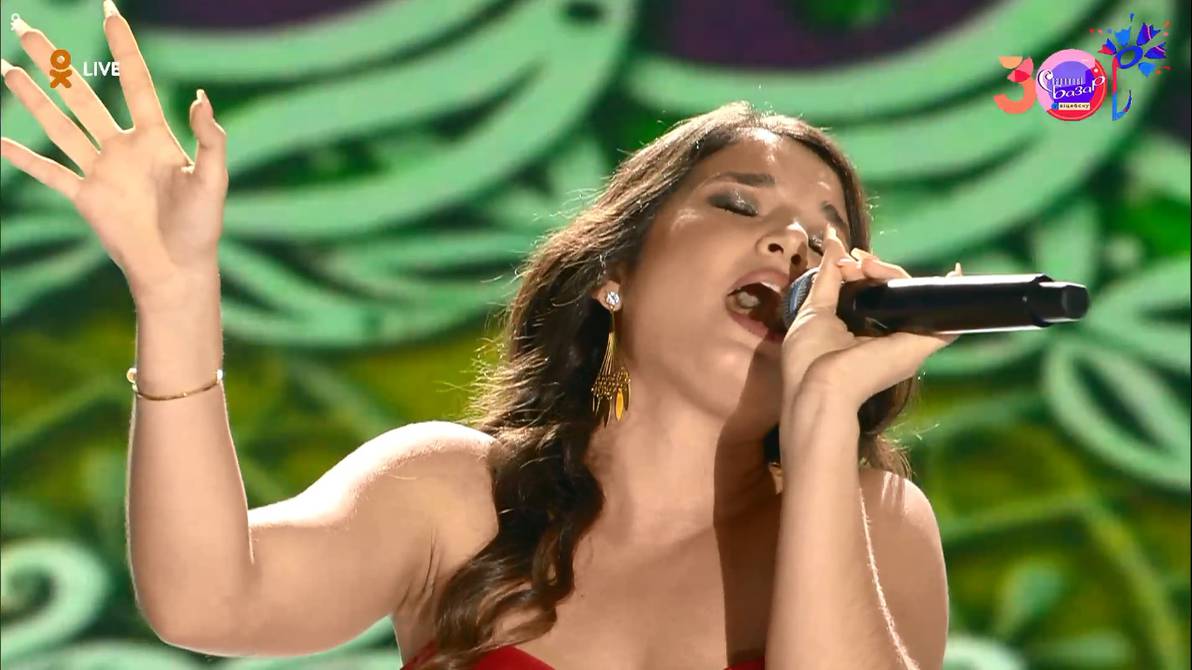 Barreiro was the third contestant to present her performance, which was charged with energy, dance, and mastery of the stage and was applauded by the festival’s masters of ceremony. The Ecuadorian performed the song Dorogoi dlinnoyu, a traditional theme in the Russian language, accompanied by a symphony orchestra.

“Look at the temperament of this adorable girl today … she is the queen of this scene, at least for a few seconds, applause,” expressed the hosts, while the audience reacted favorably.

“I think people really liked my performance; they were also shocked by what was happening. I also think that everyone in Ecuador was celebrating with me on stage, “ said the singer backstage.

On stage the participant took the opportunity to thank the festival for how wonderful they have been in their treatment, and for allowing her to show her talent in the midst of “so many beautiful voices”.

“Secondly, I would like to thank my people in Ecuador, thank you very much, I love you too much, you have supported me since day one, not only my family, but all the people, my friends and people who don’t even know me,” said the 23-year-old girl, while carrying an Ecuadorian flag.

The grade obtained in his presentation today was 64; while yesterday he obtained a score of 58. In total, Barreiro reaches a result of 122 points.

Through social networks, he expressed feeling happy about this experience representing Ecuador in distant lands. “Happy because music exists, happy for all my new friends who sing beautifully, happy because I’m doing what I love the most in life.”

The first Slavianski Bazaar in Vitebsk International Art Festival was developed in 1992 under the organization of Belarus, Russia and Ukraine. It was designed to introduce city residents and guests to the folklore of the Slavic song.

Until its 30th edition, the festival hosted more than 55,000 participants from 68 countries. The Summer Amphitheater is the main stage of the Slavianski bazaar in Vitebsk.

Participant from Kazakhstan, Ruhiya Baidukenova, became the big winner of the festival. While the first prize went to the representative of Serbia, Irina Arsenijević. (AND)