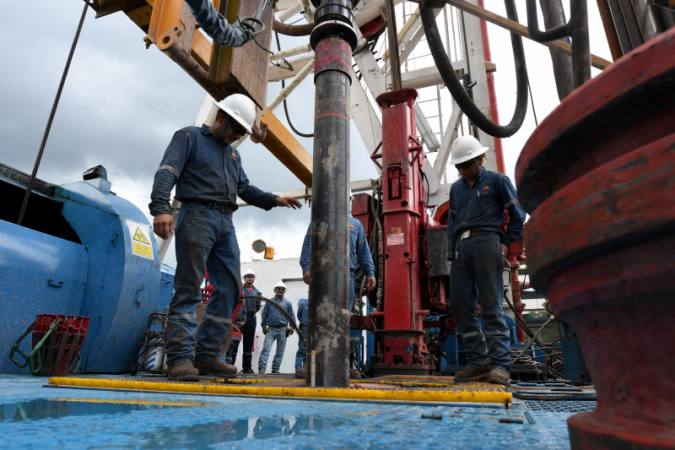 The roadmap for the extension of the Tagaeri Taromenane Intangible Zone (ZITT) is already defined, while at the same time the oil extraction plans of the ITT (Ishpingo Tambococha Tiputini) are not affected. These zones are located in the sector of the Yasuní National Park, where people travel in voluntary isolation and at the same time there are 1,700 million barrels of oil in reserves.

After the consultation on February 4, in which Ecuadorians voted overwhelmingly (67.31%) to expand the intangible zone by 50,000 hectares and reduce the ITT oil exploitation area from 1,030 to 300 hectares, the Interministerial Commission (Environment, Justice and Hydrocarbons) created by President Lenin Moreno, by Decree 314 of February 17, held its first official session on the 26th of the same month.

The president of the Commission, Tarsicio Granizo, Minister of the Environment, explained that the objective was to set up the technical teams, define the timetable and the mechanism for the participation of civil society that will provide information for the delimitation of the ZITT.

The idea, according to Granizo, is to have dialogues with experts familiar with the movements of the peoples in isolation, in order to establish where the expansion would be. Previously, certain inconsistencies in the maps must be fixed, Granizo added. Then the area would be established in the territory and with the help of GPS to be able to issue the corresponding decree, which should be ready in 120 days, that is, in mid-June.

The decree indicates that the civil groups will provide information for the expansion of the intangible zone that will be “conservation forbidden in perpetuity of extractive activities” and whose lands will be housing and development of Tagaeri and Taromenane groups.

Granizo explained that the contingent of anthropologists will be sought, including members of the Lavaca Foundation, the Confeniae and the Coordinator of the Indigenous Organizations of the Amazon Basin. He said that you do not want to politicize this participation, so technical meetings will be held.

Where should the extension of protection be made?

Minister Tarsicio Granizo said that one option that would be handled would be to extend it to the north-west. Just in this direction, according to Benito Bonilla de Yasunidos, there have been attacks from the villages, in areas near oil blocks. For Bonilla it is important to know how it will be guaranteed that there will be no extractive activities if the area reached fields in production.

For Carlos Larrea, professor at the Universidad Andina, the ideal would be for the extended area to be contiguous with the intangible zone, and even better if it were to the south, that is, towards the Ishpingo area. He explained that the protection of peoples becomes complex because they are semi-nomadic and because they are in voluntary isolation they do not know the resolutions of the Assembly. If the expansion zone were established discontinuously, the effectiveness would be zero, Larrea said.

On the subject, the minister said that these elements should be analyzed precisely.

The Minister of the Environment said that the intangible zone is not the only protection for peoples in voluntary isolation. There is also a plan of precautionary measures.

These measures are taken when there are signs of the presence of the towns and include paralyzing the oil works, said Minister Granizo, although he acknowledges that they have not been effective.

300 acres is the maximum that itt can occupy on the surface.

The entrance through the subsoil is an alternative

The Minister of the Environment, Tarsicio Granizo, confirmed that lowering the extension of ITT operations to 300 hectares does not mean that the extraction of Tiputini, Tambococha and Ishpingo falls. He indicated that an income can be made through the subsoil: “No one can enter the intangible area, but horizontal exploitation will be used.” He assured that there is spill control through technologies that detect from the smallest trickle.

Meanwhile, the Minister of Hydrocarbons, Carlos Pérez García, said that they have already taken measures so that the activity does not exceed 300 hectares. He explained that at the moment 53 wells have been drilled in Tiputini and it is expected to drill 37 in the Tambococha in 2018 to more than the three that already exist.

Carlos Larrea, a professor at the Andina University, believes that not all the necessary measures have been taken to protect the area in the ITT. “We know that a highway has been opened; There is gas burning in Tiputini, “he said. That is why it proposes that an international oversight verify the operation in the sector. (I)