Roberto Meza: “We could not not touch the subject of the Dhruv” 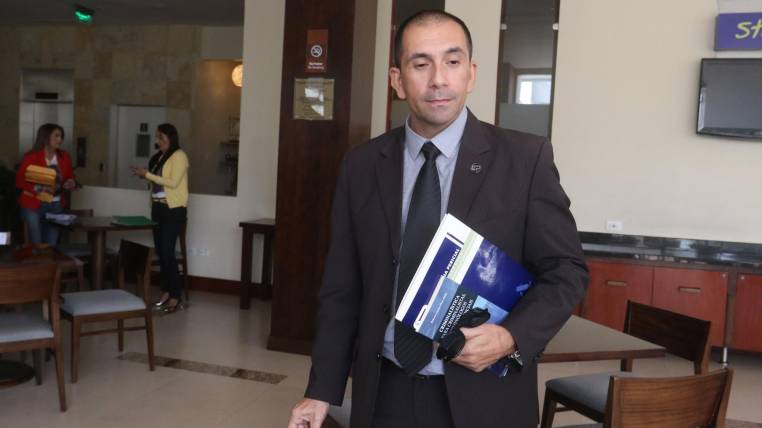 Roberto Meza Niella is an Argentine expert and criminologist who did six skills in the previous government. In all the works there is a common denominator: their conclusions disappeared or they were hidden. He returned to the country due to the Gabela case.

– Why did you return to Ecuador?

– Because they were given guarantees in relation to our security and because since we delivered the report in 2013, to date we were never required to do so.

– It always existed and it was part of my mission with this visit, confirm the existence of that product and do it personally as it should.

– His conclusion was that the murder of General Gabela was not for common crime.

– What I can speak because it is public knowledge, because the clauses of the contract are clear, is that if it was determined in the second phase of the investigation that the death had nothing to do with common crime was advanced to the third phase and it was.

– But the Comptroller’s Office has argued that it was paid for a nonexistent document.

– That is precisely why I am here, to personally confirm before the Prosecutor’s Office, the media and the country, that I delivered and was paid for that third product and that Mrs. Jéssica Jaramillo never had access to that report, she Obviously, he received orders to pay for that first product that had been approved by the Committee and that is why the payment was made.

– Is it true that you were asked to remove pages from the report?

– That’s something I’m going to clarify. What existed was on the part of the advisers of the Minister of Defense who did not touch the subject of the Dhruv in the investigations, because supposedly that had been an issue that had already been exhausted by the Comptroller, and that could not be so unfortunately . We could not not touch the subject of the Dhruv because it was one of the motives of the murder.

– Something that can be mentioned without compromising the investigation?

– Any information would compromise the investigation, that will be made public at some time and they will know it.

– How long did it take to investigate the Gabela case?

– Delay in the delivery of documentation, documents that disappeared, was a common denominator in all the investigations we conducted in the country.

– Did they receive threats?

– What were the threats?

– A cornering against the wall of strange people who came to the street and asked me to stop looking for information on the case.

– The widow of Gabela left in dismay after hearing his version in the Office of the Prosecutor.

– Unfortunately, she is suffering a revictimization based on all this that is happening.

– To whom did you submit the report? – To Dr. Lenin Lara.

– Was there manipulation so that the truth is not known? – What I can say is that there was clearly an attempt to not reach the truth. (I)