Rodas extends deadline to build the subway in Quito 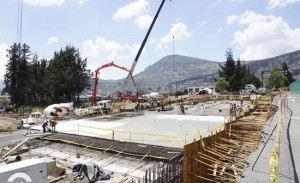 The Mayor of Quito Mauricio Rodas extended the deadline, from 36 to 42 months, for the construction of the subway in this city, with the intention to avoid the increasing cost of the work.

This change was made so that the term does not force to hire more staff and equipment. The decision was made on the request of companies which participate in the award, he said.

In addition, the deadline for qualified consortia to change the proposals and submit them was expanded to July 7.

Rodas said he is willing to talk with President Rafael Correa on the issue of the metro funding, because, he said, it would be good for Quito.

Supercom will verify circulation of print media since August