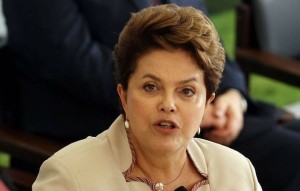 Brazilian President Dilma Rousseff commited this December 18 to help implementing stricter corporate governance standards in the state oil company Petrobras, involved in the worst case of corruption in its history.

In a speech in Brasilia, Rousseff urged Brazilians not to lose faith in the company, which has been the hallmark of the nation for years. She asked those present to engage in a “pact to combat corruption,” which should lead to a comprehensive reform of the political system in Brazil. Prosecutors argue that Petrobras executives conspired to inflate the prices of refineries, ships and other goods and services.

They also say that contractors then returned a percentage of the inflated contracts to executives and members of the Rousseff´sruling coalition through bribes and campaign contributions.

“We need to know how to investigate and punish, without harming Petrobras,” she said.