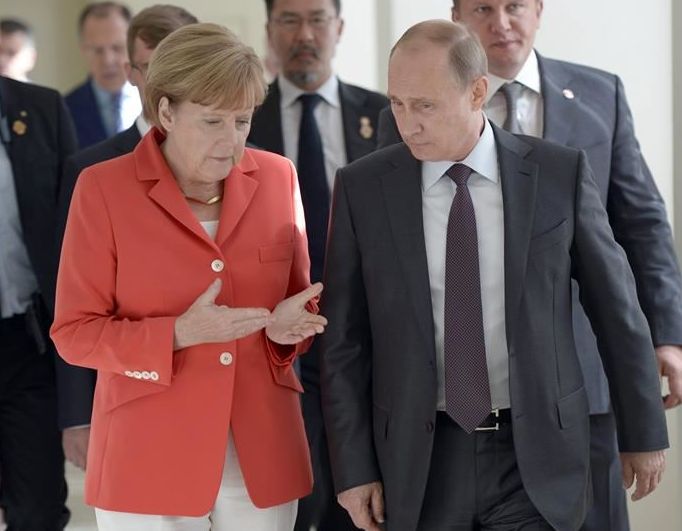 The Kremlin denied on Monday that German Chancellor Angela Merkel, launched an ultimatum to Russian President Vladimir Putin during their meeting in Moscow on Friday to seek a settlement to the crisis in Ukraine, with the participation of French leader Francois Hollande.

“We have already said everything about the tone of the negotiations. Nobody has ever talked to the president in the tone of an ultimatum, and could not do so even if they wished to,” Kremlin spokesman Dmitry Peskov said to a Russian radio .

According to the media, citing Western diplomatic sources, Merkel threatened during Friday’s meeting with new sanctions against Russia if it does not accept the proposed settlement raised by Paris and Berlin.

The document should be addressed next Wednesday during the to four bands summit in Minsk, where the leaders of Russia, Germany, France and Ukraine will try to agree on a series of measures to achieve a “global solution.”

In addition, on Tuesday, in the Belarusian capital a new meeting of negotiations of the Contact Group will take place between Kiev and pro-Russian separatists with the mediation of Russia and the OSCE.