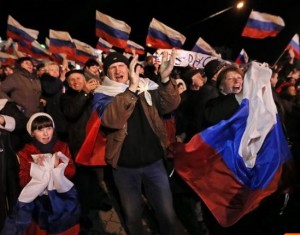 Russia supported the law approved by the Ukrainian Parliament which grants three years of self government to areas under the control of pro-Russian separatists in the Donetsk and Lugansk regions, in eastern Ukraine.

“In Russia we see this document as a step in the right direction which corresponds to the agreements struck in the Geneva Declaration of April 17 between Russia, Ukraine, USA and the European Union, and Berlin´s on July 2,” the Foreign Ministry reported in a statement.

“This creates an environment for the start of a genuine constitutional process in Ukraine, which should include the implementation of a dialogue to achieve national harmony,” the statement said.

Likewise, it also urges Ukraine to apply the law of self-government and warns that if its detractors achieve their modification, they “will return the situation to confrontation” in the east, where a ceasefire is in effect since September 5.

At the moment, pro-Russian separatists only have rejected the possibility of Kiev being the one that organizes local elections scheduled for December 7, according to the self-government law adopted by the Verkhovna Rada (Legislative).

Diego Martínez complete the board of monetary regulation