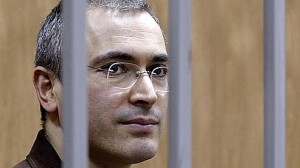 A judge in Moscow convicted Mikhail B. Khodorkovsky the former oil tycoon, on Monday over a case that it is perceived as an indicator of the Kremlin’s tolerance for political dissent. Khodorkovsky had already been sentenced for seven years after feuding with Vladimir V. Putin on embezzlement charges that kept them for several more years.

One of the richest men of Russia, Mr. Khodorkovsky, 47, whose stay in prison is very comfortable, reveals that the justice system in Russia can be easily manipulated by those in power. The judge did not pass the sentence immediately, and the length for the verdict will be scrutinized as a sign of whether the Kremlin wants to loosen or tighten control of the political system.

Meanwhile President Medvedev has been promoting policies to modernize Russia; the analysts say the Khodorkovsky case is an obstacle for convincing foreign investors that the country’s legal system is fair.

Mr. Khodorkovsky gained his fortune in the rough-and-tumble 1990 after the communism failed, snapping up state-owned oil fields at a fraction of their value and the creation of one of the world’s largest oil companies. Afterwards Khodorkovsky worked on his image and also delved into politics, which is were he ran into trouble.

The Oil Tycoon was convicted of tax fraud in 2005, and the government seized his companies. On 2011 Khodorkovsky would be released, it is believed that Putin does not want Khodorkovsky out of prison before the next presidential elections, which is why prosecutors brought fresh charges against him.

Khodorkovsky is accused of stealing $27 billion in oil from subsidiaries of his own oil conglomerate through clever pricing schemes.

No Gasoline on December 31st