Sanctions only aim at the opposition 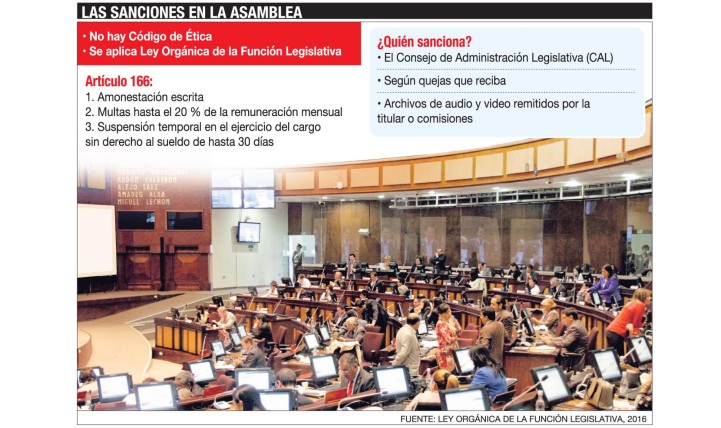 Political organizations contrary to the ruling party in the Assembly on the penalty on Pachacutik Legislator Magali Orellana.

She was suspended for 30 days without salary, after approaching the podium, claiming the use of the word and offending the President of the Legislative function Gabriela Rivadeneira.

The member of the Board of the Legislative Administration (CAL) and militant of the ruling party, Fausto Cayambe, told to daily Expreso that Orellana was sanctioned by: public scandal, verbal aggression to the head of the Assembly and hostile attitude against police officers.

For the Christian-Social/Change Movement Party legislator Luis Fernando Torres, that did not deserve a penalty but a verbal warning. “It is not normal, it is completely inappropriate and disproportionate,” he told to this newspaper.

The CAL is responsible for imposing the ‘penalties.’ There are six types of faults: the improper use of electronic cards or exceeding the deadline for submitting reports of first and second debates. Provoking violent incidents in the plenary or in committees. Or jeopardize the safety of legislators or workers.

Edmund Chladek: “Galo Chiriboga did not tell us he owned Madrigal”