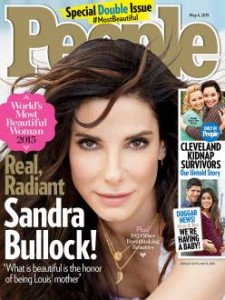 People magazine has named the Oscar-winning actress Sandra Bullock as “world´s most beautiful woman.” Bullock, however, has taken this news with humor. “No, really. I just said, ‘That’s ridiculous,’ “ said Bullock in an interview to the magazine.

The actress won an Oscar in 2010 for her role in “The Blind Side.” Currently she is the mother of Louis, age 5, who she adopted after her divorce from Jesse James. “The people I find most beautiful are the ones who aren’t trying,” said the 50 year-old actress.

Justin Timberlake publishes the first photo of his son

The release of Fast and Furious VIII is confirmed in 2017