The release of Fast and Furious VIII is confirmed in 2017 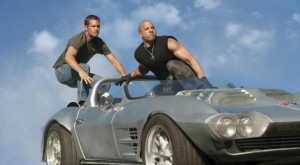 Vin Diesel announced Thursday the eighth installment of the Fast and Furious saga for 2017. “We will make the best movie you have ever seen,” said the actor, quoted by the specialized e-journal The Hollywood Reporter, when he unveiled the news during a ceremony of Universal Studios in Las Vegas (western United States).

“Fast and Furious 8” will be released on April 14, 2017, becoming the first of this franchise on illegal racing cars without Paul Walker, who died two years ago in a tragic car accident in Los Angeles. Diesel did not reveal the plot of the upcoming film, nor confirmed that actors who will be part of this story.

“La India María” passes away at 74