Today, from noon, the Santay island and Guayaquil city will be connected by a pedestrian bridge that will allow people cross it cycling or walking. This will be possible because this 840 meters long viaduct will be opened to the public.

It is expected that President Rafael Correa attends the opening event. The cost of the pedestrian bridge was USD 15 million and has a tilting section that allows an opening of almost 90 degrees, enabling a free navigation channel of about 50 meters.

Arriving to the island there is the point San Jacinto of Santay , which is divided into two paths : on the left is the path that cleaves the island with Duran, but is not yet finished, and the right path is headed to the ecovillage, home to 57 native families .

1,600 tourists a day and from 07:00 to 17:00 will be the maximun number of people allowed to enter to the ecological reserve, according to the Ministry of Environment.

The ecovillage is an enabled route that is surrounded by the island ‘s biodiversity . The infrastructure of the only restaurant with capacity for 70 people is completely organic : cane , bamboo and glass windows .

A few meters away, there is another rustic structure: The ride of the crocodiles, which is directed towards “La Cocodrilera.”  Additionally, 25 minutes from this place , there is a lookout point from where you can see 11 reptiles and several ducks that live and swim in lakes .

The tour ends with the “Camineras” which are routed to the three hotel cabins, each with a capacity for four people. 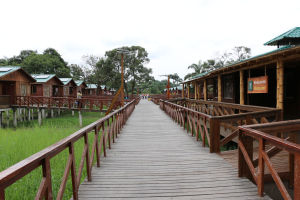 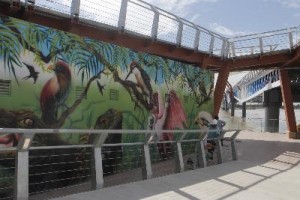 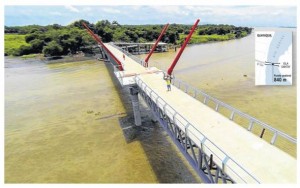 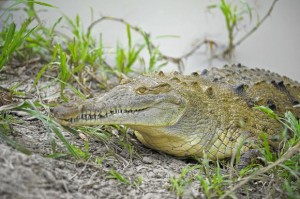