Santos: Revelations of hacker Sepulveda must be thoroughly investigated 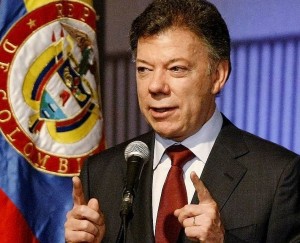 The president of Colombia, Juan Manuel Santos, on Monday requested the authorities a thorough investigation into allegations Andres Sepulveda hacker, who is arrested for his involvement in the case.

Santos said he felt “shiver” to known the content of an interview published in the latest issue of the magazine Semana and described further of “shocking” the details revealed by Sepulveda.

Besides the hacker accused the opposition party Democratic Center of being responsible for a espionage plot even against Santos himself.

The scandal occurred last May during the election campaign when was discovered an office from which, according to the prosecution, Sepulveda spied on peace negotiators Colombian government and other politicians, as part of the presidential campaign Óscar Iván Zuluaga, candidate discovered Democratic Centre.