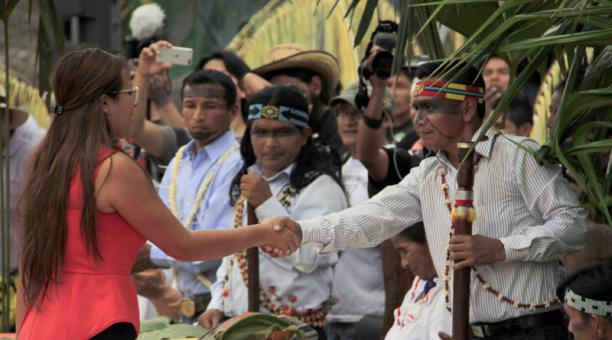 The Kichwa people of Sarayaku brought an end to twelve years of national and international fight after receiving public apologies from the State, as established by the judgment of the Inter-American Court of Human Rights (IACHR) on June 27, 2012.

The IACHR ruled that the state should recognize its responsibility at a public event and pay compensation for damage caused to that nationality for authorizing the entry of the Oil General Company  (Compañía General de Combustibles CGC) on its territory.

The Sarayaku leaders listened attentively and signed the agreement that ended the case, although they expressed their discomfort, as they expected a more ‘forceful’ statement and ‘sense’ from the authorities.