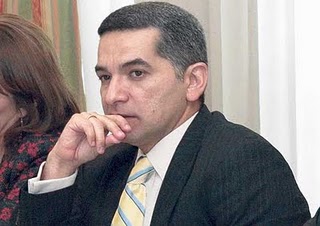 Concerning the nonattendance of the head of the National Communications Secretariat (Secom), Fernando Alvarado, at the hearing convened by the Prosecution to submit his version in the McSquared case inquiry, the Secom explained that “without a prior exam of the Comptroller the criminal process can not be undertaken.”

McSquared was hired in 2013 by the Ambassador of Ecuador in the United States, Nathalie Cely, at the request of the Secom, to make international publicity, prompting an investigation request formulated ​​by Assemblyman Andrés Páez. In September, the Prosecutor Galo Chiriboga asked the version of Alvarado for Tuesday of this week, but he did not attend.

According to the Secom, “the preliminary report of the inspection body is a requirement … (that) can not be omitted” and that the special exam of such contract, at the time, is underway, so this court appearance can not be.