Second adjustment of tariffs for the goods of the European Union 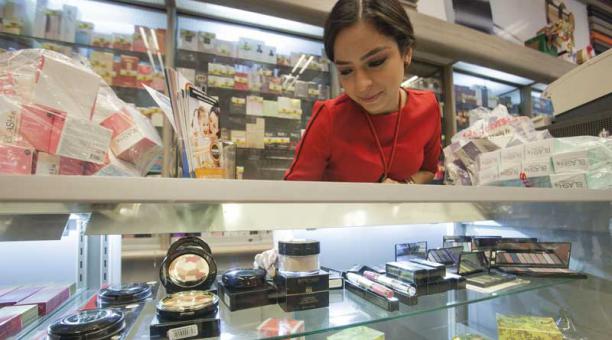 The tariff on automobiles, personal hygiene products, nuts, medicines, footwear, construction supplies and other items from the European Union was reduced again from January 1, 2018. The agreement, which applies since January of last year , brought adjustments for 2 565 games.

The 1950 tariff of them was reduced to zero as soon as the agreement entered into force. Among these products are inputs and machinery for the industry, liquors, among others. For 615 items, however, last year a process of gradual dismantling began: 282 in a period of five years and 333, between seven and 17 years. For this year, an additional tariff reduction of between 2 and 5 percentage points of the tariff depends on the product.

Their sales prices should tend to fall, which for experts and trade associations will favor trade. In the case of vehicles, the reduction will be between five and 10 years, depending on the type of vehicle imported. For example, importers of light units of more than 1 000 cubic centimeters, which canceled 35% tariff before the agreement, since this year cancel 26.25%.

The lowering of tariffs that prevailed since 2017 boosted the share of sales of imported cars from the EU. Between January and December 2016, 1,889 units were sold, while in 2017 marketing reached 4,718 units in the same period, according to the Chamber of the Automotive Industry of Ecuador (CINAE). The item is also included among the five major import items during 2017 with USD 68.43 million, according to the Chamber of Commerce of Quito (CCQ).

Bicycles, light vehicle tires will also be deductible for five years. Items such as soaps and makeup, on the other hand, have a schedule of 10 and 7 years, respectively, according to data from the CCQ. The tariffs for imported footwear were also reduced. Mario Aguirre, president of the Association of Importers of Footwear, said that the annual tariff release is a benefit for importers of the product.

However, the manager clarifies that the prices of luxury items that come from the European market are expensive, so you can only see an effect of lowering tariffs in the Ecuadorian market when the tariff reduction reaches 50%. In the hangers of stores and supermarkets there is a greater presence of products of the block. In establishments such as Supermaxi, products of European origin are marketed as cheeses from France, whose tariff reduction will be in 17 years.

There are also foods like pasta from Italy, which will be reduced in six stages; and products such as cosmetics, of Franco-German origin such as Être Belle. Between January and November 2017, imports from the EU increased close to USD 470 million in relation to the same period in 2017, rising from USD 1,772 million to USD 2,442.9 million.

However, it still does not reach figures from previous years. For example, in 2014 imports from the block were USD 2 842.4 million. Marianne Van Steen, EU ambassador to Ecuador, indicated at the end of 2017 that the bloc’s imports are concentrated in 70% of products such as medicines, medical supplies, machinery and other supplies for the Ecuadorian industry.

One of the products that was de-graded immediately was the liquor. Precisely, purchases from the European market of this item rose from USD 2.5 million to 10.54 million, between 2016 and 2017. For example, a whiskey of standard quality, which was previously worth USD 60, is now acquired in 20 or 25. The same happened with gin, vodka and wine. For the Liquors Importers Association of Ecuador, the business became attractive, so during 2017 new importers were added. “That means more competition and apply new strategies,” noted the union that was consulted a few days ago on the subject. The importer Eddy Castillo, who is the representative of the Edca Company, agreed that the commercial agreement was vital for the diversification of the supply of alcoholic beverages. By 2018, it is expected that EU imports continue to rise. For Juan Carlos Díaz-Granados, executive director of the Chamber of Commerce of Guayaquil, the agreement is fundamental and is a mechanism that must be replicated with other business partners, ensures that it has favored small and medium enterprises.

In as much, Patricio Alarcón, president of the Chamber of Commerce of Quito, assures that these measures will increase the competitiveness of the industries and allow to the exporting sector and importer to plan in the long term, “because the rules are clear”.

“This is a good example of how it can provide legal security in terms of international treaties,” he said. The executive also believes that lower tariffs affect sales volume because it can affect the price of the product and help stimulate demand, which benefits not only Ecuadorian consumers, but also local producers. (I)

Cedatos: 68.6% of Ecuadorians approve the management of Lenin Moreno