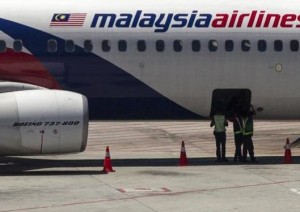 Authorities have found no trace of the Malaysia Airlines plane after tracking about 670 square kilometers in the second stage of underwater search, said on Wednesday the Australian Bureau of Transportation Safety (ATSB).

The Malaysia Airlines flight MH370 took off from Kuala Lumpur on March 8 with destination to Beijing, and about 40 minutes later it disappeared from radars.

The ATSB, which coordinates the international search team, said in a statement that the vessel GO Phoenix, hired by Malaysia, has resumed “quickly” the underwater exploration after “correcting a defect in the connection of a cable.”

The Phoenix GO tracks with sonar equipment attached to a 10 kilometers long wire the area that experts consider as the most likely to find the plane that supposedly crashed somewhere in the southern Indian Ocean.

A second vessel, the Fugro Discovery, hired by Australia and equipped with sonar equipment and specialized video cameras, will join the search in the middle of next week, according to the ATSB.